Cross platform means it is written in a way that it can run on a wide range of operating systems. It's one of the top reasons why companies use golang.

For example, Google has its own Go-based products such as gRPC and Kubernetes (the latter being a container orchestration system). Amazon uses Golang as well as other languages like Java, Python and C++ to build their web services which are used by millions of people around the world every day to shop online or read news articles online. And Netflix too uses Golang for some services such as their streaming platform which allows users around the globe to watch movies from across different countries at once!

Concurrency is the ability to do many things at the same time.

Concurrency is a feature of Golang, and it's useful for writing programs that do many things at once. This makes it easy to write efficient programs—you can perform multiple tasks simultaneously without waiting for one operation before starting another.

It’s also useful when you need to run multiple processes on your computer or server, such as running web servers or databases behind your application server (which is known as scaling). The main limitation with concurrency comes from how much memory each process uses; if there aren't enough resources available then this could cause problems with performance issues including: high CPU usage and decreased throughput (the amount of data processed per second).

Golang is compiled to machine code, which means it can be run on your computer. But not only that, you can also run Golang programs on other computers using the same operating system and file format! This makes golang really portable because you don't have to worry about setting up anything extra when distributing your code.

If you're wondering why this matters: imagine if every time someone wanted to build a new website they had to install all kinds of different software just so they could access their site from another device? That would be crazy! Instead with Golang everything runs off one platform so everyone can use it easily regardless if they're at home or traveling abroad (or anywhere else).

The compiled size of Golang is small.

The documentation of Golang is really good. It's easy to find and understand, especially if you're new to the language. The syntax for documentation is pretty straightforward as well; it focuses on showing how things work rather than explaining them in detail.

If you're looking for more information about a particular function or concept, there are plenty of resources available online (or even offline). Documentation will often include links to other resources related to the topic that you might want to check out later on down your path with golang!

Golang is easy to understand.

You can read the source code, read the documentation and even better—read examples. You can also look at tests, blog posts and tweets about golang.

Garbage collection is a form of automatic memory management that frees your application's resources when objects are no longer needed. It removes the burden on programmers to manage allocating and managing data, so they can focus on their core features.

Garbage collection uses a set of rules to determine which objects in memory need reclamation by comparing reference counts to determine if an object is still needed or not. The garbage collector then determines which objects are eligible for removal from memory, and reclaims them automatically at regular intervals based on these rules (e.g., every 1 million operations).

Testing framework is a part of any programming language and golang has one too. It’s very important to create good tests for your application so that you can make sure all your code works properly and nothing goes wrong in future.

These are why golang is great

Golang is a great language for beginners and small projects.

Golang is easy to learn, but it takes time to master the language. If you're looking for an easy way to get started with Golang, I suggest learning through video tutorials or if you're more of a visual learner (like myself), then check out CodeNewbie! It's an interactive course that teaches you everything from basic syntax to more advanced concepts like classes and interfaces in Go.

If you want me as your instructor on this course then let me know by messaging me on Twitter!

So, in summary, golang is great because of its simplicity, its cross-platform nature, and how well it works with other languages. It’s easy to learn and use for beginners. It also has a lot of features not found in other languages like C++ or Java.

YATAS is a command line tool that audits your AWS infrastructure. It is open source and free to use.

Open-source projects are a great way to increase your code quality and share your work with others. Here are my thoughts on the subject. 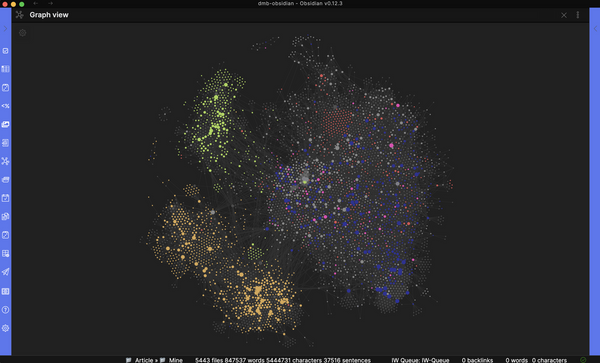